Once again Pinterest sucked me in for Easter. I’ve been waiting a whole year to try this one. Silk ties and boiled eggs.

Here’s the link to instructions I pretty much followed:

– silk neckties (I fetched mine for $1 each at goodwill)

– vinegar (she recommended a 1/4 cup, some suggested less which I can’t recommend) 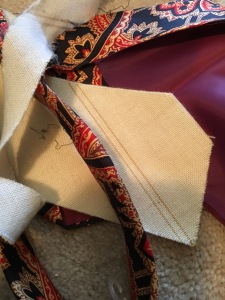 – fabric placement – I realized it about half way through wrapping that I was doing it wrong – trying to gather all the fabric at the top (narrow point of the egg) because it wasn’t going to transfer the pattern evenly on any part but the bottom. Wrap the egg “sideways” to ensure at least one very lovely pattern. Definitely keep the cloth tight to the egg shell surface. 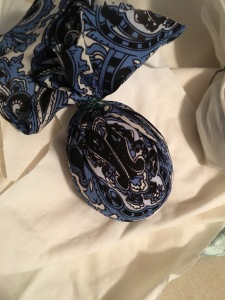 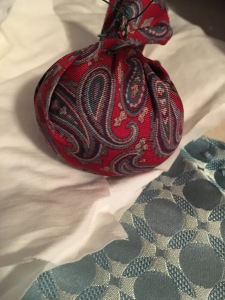 – fabric selection… I didn’t read all labels carefully… also I chose some lighter color fabrics which I realized quickly that was a mistake. Dark colors transferred much better and ones that I knew were silk. 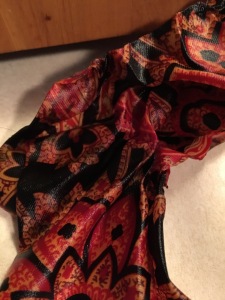 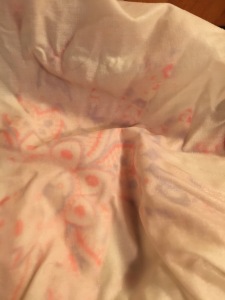 Was excited to see the color transfer onto the cotton 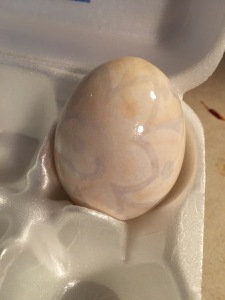 But the egg itself came out quite faded

Fun and different with varying levels of success 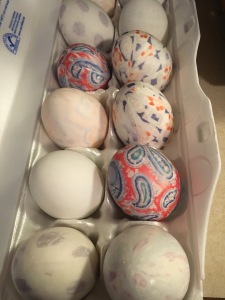 The paisley remains my favorite

The 3 most successful fabrics were these ones – all double checked to be silk. 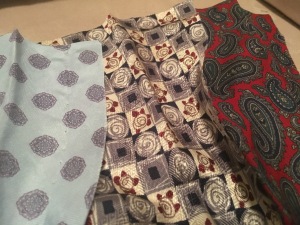 Besides the pitfalls – if I were to do this again I would use blown eggs (she mentioned this in her post – and every year I say I should try blown eggs and yet never do). This is mostly for the return on investment of time and that the eggs aren’t edible due to the dye.

But I think next year is my year to try food-based dye. Turmeric and beets and red cabbage – oh my!